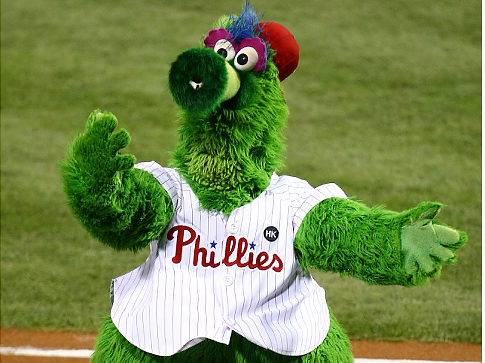 The Philadelphia Phillies are getting ready for another season of baseball in the City of Brotherly Love and you’re invited! After the Phandemic Krew supported the Phillies in a shortened 2020 MLB season, it is time for the Phillies Faithful to return to Citizens Bank Park for an exciting 2021 season. The Phillies are poised to earn an MLB playoff berth in a competitive National League East against rivals such as the defending 2020 NL East champion Atlanta Braves, and the New York Mets under new ownership led by Steve Cohen. The Phillies enter the 2021 season with the makings of a top 5 major league offense, headlined by the return of J.T. Realmuto and Didi Gregorius, and a top 10 starting pitching staff, led by Aaron Nola and Zack Wheeler. A revamped bullpen, with the additions of Alvardo, Coonrod, and Archie Bradley, along with a sold-out Citizens Bank Park are the pieces necessary to get the Philadelphia Phillies to the MLB Postseason for the first time since 2011! Get your 2021 Philadelphia Phillies tickets early to ensure you are a part of the Phillies’ journey to a World Series Championship!

Enjoy Philadelphia Phillies Spring Training as the sun shines upon Spectrum Field in Clearwater, Florida! Rise to your feet in right field as perennial MVP candidate Bryce Harper takes the field on Opening Day! Enjoy the view from the Diamond Club behind All-Star catcher J.T. Realmuto! Relax with friends and family in Centerfield at Ashburn Alley! Bring your mitt to left field to catch a home run from the powerful righty, Rhys Hoskins! Sit first row on the dugout to greet the Phillies after Zach Eflin strikes out the side! Take a trip to Fenway Park to battle the Boston Red Sox or to Dodger Stadium to upset the 2021 National League World Series favorite! Live these exciting moments and more with Philadelphia Phillies tickets from Ticket Warehouse!